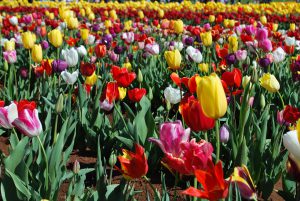 March is a beautiful time of year with the bloom of springtime flowers, dusk edging later and later in the day, and the Bank Holiday Easter weekend looming almost in sight.  March is also Women’s History Month, with so many inspirational females to choose from we have been reflecting on some of the most significant female icons throughout history who deserve to be celebrated. 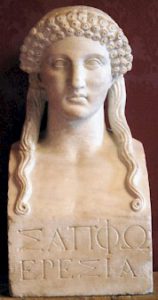 An archaic Greek poet who wrote about love.  Sappho was one of the first female writers and her work now only remains in fragmented pieces but is still held with great regard.

The last active pharaoh to rule in Ptolemaic Egypt.  Cleopatra was thought to be both a beautiful and intelligent woman and fought tirelessly to prevent Egypt becoming a province in the Roman Empire.  She had relationships with two powerful warlords,  Julius Caesar and then Marc Antony, bearing children to both.  Her son with Julius Caesar, named Caesarion, was co-ruler along side her becoming Pharaoh for a short while following her death. 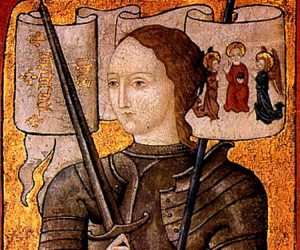 A Medieval peasant girl who later became the Patron saint of France for being the driving force in the revolt to regain ownership over France in the long standing war with England.  She was captured and trialled for a number of charges by the Pro-English Bishop of Beauvais, resulting in her death at the stake at the young age of only 19.  Joan was found innocent to the charges 25 years following her death and subsequently declared a Martyr.  Napoleon Bonaparte made her a National Symbol of France in the early 1800’s and she was then canonized in 1920. 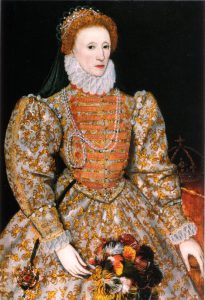 Daughter to Henry VIII and Anne Boleyn, Elizabeth went on to be one of England’s greatest monarchs.   Elizabeth established the English Protestant Church, which later evolved into the Church of England.  Elizabeth protected England from invasion with the defeat of the Spanish Armada and forged England into a strong and independent nation. 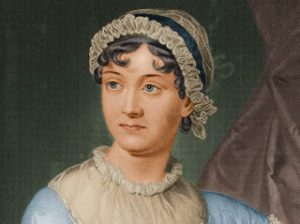 18th Century English Novelist renown for her most famous books, Pride and Prejudice, Sense and Sensibility, Mansfield Park and Emma.  Her writing critiques the social standing of women in this era and have gone on to inspire many a critical essay, anthology and even movie productions.  Jane Austen will soon be featured on the British Currency with an image of her on the new £10 note set to go into circulation later this year. 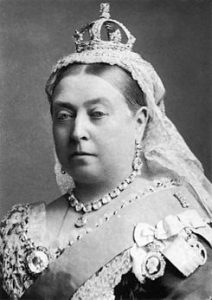 The second longest reigning English monarch, male or female!  Queen Victoria was the first royal to reside in Buckingham Palace, her reign saw many significant improvements within trade, military, science and politics for Great Britain, these advancements also included the building of railways and the London Underground. 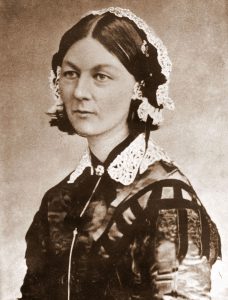 A guiding force in the history of nursing, Florence worked to improve the conditions of hospitals, caring for the sick and injured during the crimean war.  She was nicknamed ‘Lady of the Lamp’ as she would make endless rounds working late into the night with a lamp tending to the wounded.  She went on to establish numerous nursing organizations and helped the army to reform its health and sanitary systems. 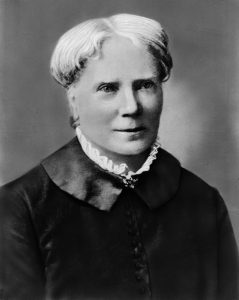 The first woman to receive a medical degree and register with the UK Medical Council.  Blackwell had an active interest in social reform, including morality, sexual purity, hygiene, medical education and went on to co-found the National Health Society.  Elizabeth helped to break down the social barriers allowing women to be accepted as Doctors. 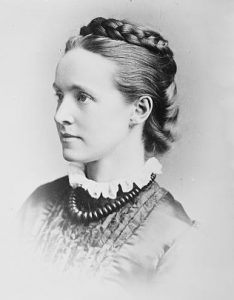 An English Feminist, who campaigned for equal rights for women, including right to Higher Education.  Fawcett became the president of the National Union of Women’s Suffrage Societies, the main suffragist organisation in Britain.  Her campaigning played a key part in gaining women the right to vote.  Millicent led the British governments commission into South Africa to investigate the concentration camps that were created in the wake of the Second Boer War, Millicent was later awarded Damehood in 1925. 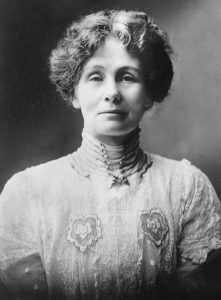 Leader of the British Suffragette movement and political activist who helped women to win the vote. Pankhurst founded the Women’s Social and Political Union and was later selected as a Conservative Party candidate. 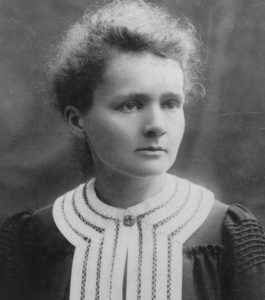 The first woman to win a Nobel Prize – and she won it twice for two different categories! Marie Curie was a Polish and naturalized-French, Physicist and Chemist who conducted pioneering research into radioactivity.  Marie Curie, implemented mobile radiography units during World War 1 to assist battlefield surgeons, she became Director of the Red Cross Radiology Service and went on to set up the first military radiology centre in France. 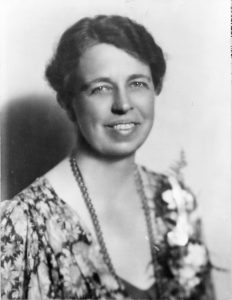 The longest serving First Lady of the United States, not only did she actively participate in American politics whilst her husband, Franklin D. Roosevelt was President but also long after.  Roosevelt was appointed a delegate of the United Nations Great Assembly by President Truman and following this John F.Kennedy reappointed her to the same delegation. 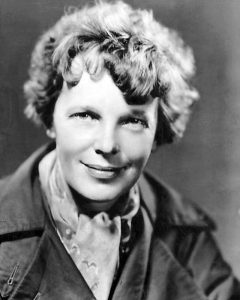 The first female aviator to fly solo across the Atlantic Ocean for which she was awarded the US Distinguished Flying Cross.  Earhart penned many best-selling books about her experiences, she was an early supporter of the Equal Rights Amendment and a member of the National Women’s Party . 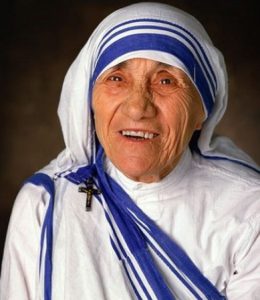 Known to the Catholic Church as Saint Teresa of Calcutta, Teresa founded the Missionaries of Charity, which had over 4,500 sisters and was active in 133 countries in 2012.  They helped those terminally ill with HIV/AIDS, leprosy and tuberculosis and managed soup kitchens, orphanages, schools and mobile clinics.  Teresa was awarded with the Ramon Magsaysay Peace Prize as well as a Nobel Peace Prize 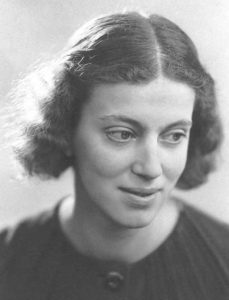 A British Biomedical Scientist who pioneered X-Ray Crystallography.  Hodgkin received a Nobel Peace Prize for this and her discovery with the confirmed molecular structures of Penicillin and Vitamin B12 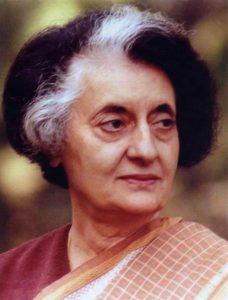 First female president of India, Ghandi was known for her political ruthlessness and went to war with Pakistan in support of the Independence movement, the result of which was the creation of Bangladesh. 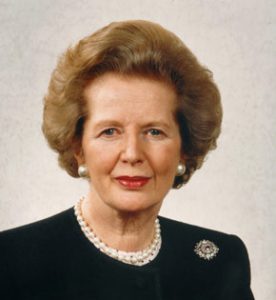 The first female British Prime Minister and Leader of the Conservative Party.  Thatcher instigated many controversial initiatives during her term as she managed the Economic struggles of Great Britain during a time of recession.   She was nicknamed the “The Iron Lady”. 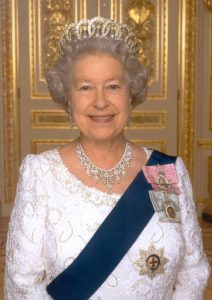 The current Queen of England.  Elizabeth is now the longest reigning British monarch, Elizabeth is the Head of the Commonwealth along with being Queen of 12 other countries that have become independent since her accession. 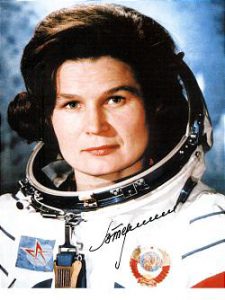 The first female Astronaut to fly into space, despite having no pilot training which also made her the first civilian to ever undertake the mission. Tereshkova completed 48 orbits of Earth in her three days in space, after leaving the cosmonaut program she went on to be a prominent member of the Communist Party, she was named a hero of the soviet union and awarded the Order of Lenin twice. 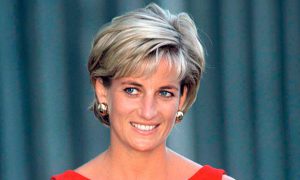 The first wife of Charles, Prince of Wales and mother to Prince William and Prince Harry, second and third heirs to the English throne.  Diana carried out extensive charity work and was president of both Great Ormond Street Hospital and Barnados, alongside being patron to almost 50 other charities.  To this day she is still considered a style icon and was referenced as the worlds most photographed woman.

Here we have just some of the most iconic women in history.  If there is anyone you feel we should have included, please do let us know!