New Year, New Me; it feels like a distant memory right now but the real question is – have you already broken your new years resolutions!? Now that we’ve passed the middle of January (by a considerable margin) you may be starting to feel your resolve waver. To try and help you become the “new me” you were so keen on transforming into on January the 1st we’ve gathered together some hints and tips to get you through the first month of the year and beyond. We’ve also found a bit of information about some of the most popular resolutions – it’s never too late to jump on the bandwagon and overhaul your lifestyle!

Maybe your resolution last year was to be more optimistic and keep your cup half full . . . . with wine, whiskey, vodka – and you’ve realized that now is the time to cut back! Let’s be honest you can preserve a lot of things in alcohol but your dignity isn’t one of them – so taking on dry January allows you find your “new me” for a new year. Dry January is a great way to raise some money for charity while also making healthy choices – everyone wins!

The phrase “Dry January” is a trademark of the charity Alcohol Concern and getting sponsorship for your sobriety is a great way to keep that New Years Resolution about being charitable too. However, if you find yourself floundering then non alcoholic cocktails and smoothies can be a great way to re-invigorate yourself. Have fun finding recipes and trying new fruit juices – keep your drinks exciting but soft! 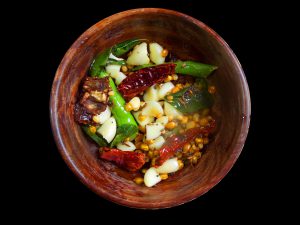 A little bit newer than Dry January, Veganuary is another popular New Year’s challenge which has recently found its way into the limelight. Created to promote the benefits of plant-based diets, Veganuary asks that you go vegan for a month and say no to cheese, milk, eggs and meat. This is a great way to get healthy and reduce your impact on global warming just by dropping those cheese-loaded pizzas and whipped cream mochas.

However, if you find yourself dreaming of smoky bacon and ice cream then perhaps consider the Quorn alternative to bacon. For the ice cream, try a soy milk alternative and if you can’t get hold of that, fruit juice sorbets. There are ways around any craving. Maybe look up some vegan curries – flavorsome and spicy they will make you forget you ever salivated at the thought of baked brie! 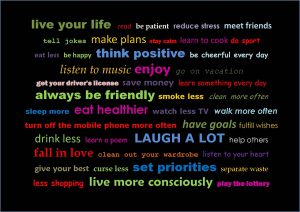 If you really can’t stick to your January promises then don’t beat yourself up!  There has been a lot going on in the world lately, try again next year.