Spicing up your morning brew

What’s the first thing you do when you get to your place of work? If you’re anything like us, you pop the kettle on! Read on to find out some essential ways to spice up your morning brew… 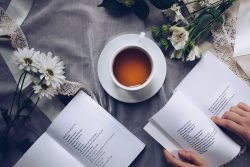 First, we’ll offer you a brief history of tea and then we’ll suggest a couple of ideas on how to spice up your ‘milk and two’!

Have you ever considered changing up your teabag, milk, or trying out chai…?

A (tea)potted history of tea! 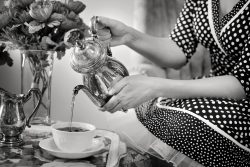 As you may know, tea originated as a drink in Ancient China. We know this from stories as well as discoveries such as tea containers in tombs from a dynasty dated 206 BC – 220 AD! It also travelled to Japan where a whole tea ceremony was developed around it…

So when did tea move to Europe? Some traders living in Asia caught wind of the tea phenomenon and trading posts started to develop on the 17th century. The British East India Company began to import tea into Britain after Charles II married the tea lover Catherine of Braganza…

Us Brits loved the new tea coming from Asia but it was the preserve of the rich because tax was so high! A huge smuggling trade developed as a result of this taxation and in 1784, the government finally decided to make tea more affordable by cutting the tax significantly.

Tea bags were invented in the early 20th century and Tetley was the first company to sell tea in teabags in the UK in 1953. Today, 96% of tea drunk in Britain daily is brewed from teabags! 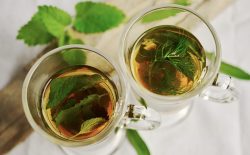 Most of us love our standard cup of Tetley’s, PG Tips, or Yorkshire Tea, but how about spicing things up a bit?

Decaffeinated tea: you’ll have heard of decaf coffee, but did you know there was decaf tea too? This might be good for those hoping to cut caffeine, but beware that sometimes the caffeine removal process can strip teas of their fantastic health benefits e.g. removing antioxidants.

Herbal teas: you may have tried out green tea, but what about camomile or jasmine? These teas carry health benefits as well as being delicious and calming first thing in the morning. Don’t like that bitter tannin taste first thing? Try one of these…

Fruit teas: these do what they say on the tin but Twinings now also offer cold infusions. We’re not convinced but we’d love to try…

White tea: no this isn’t just tea with milk! This is a very special Chinese tea because it can only be picked a few weeks in a year. It is a rather light tea which can be naturally quite sweet so you may not need sugar! 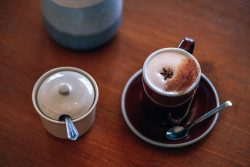 Chai tea: this is traditionally black tea mixed with strong spices like cinnamon and ginger. It is usually drunk strong with milk and sweetened, but personally, we don’t think it needs sweetening with the cinnamon included! 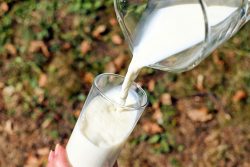 You may have heard about the trends for new types of milk, especially vegan-friendly alternatives. Don’t despair! There are actually some really interesting things on offer…

Oat milk: this milk is naturally very creamy and oatmeal like in flavour. You can buy it sweetened or in vanilla and chocolate varieties! This type of milk is not only vegan friendly but good for those with lactose intolerance. It has high functional protein, fibre, and unsaturated fatty acids meaning oat milk is very nutritious!

Nut-based milk: another dairy-free vegan alternative. Almond milk is often the most popular type but we hear it is delicious with cereal and oats as well as for making chai tea (double whammy!). You can also get cashew milk!

Is your tea great but your job less so? Earl Street Employment Consultants could help you find your perfect role…