St Patrick’s Day (or the Feast of Saint Patrick) is a cultural and religious celebration of all things Irish, the culture, the music, the dancing and of course some traditional Irish tipple.  Ireland is a country that has a population of 7 million but is considered home to 70 million, everyone can be Irish for a day! 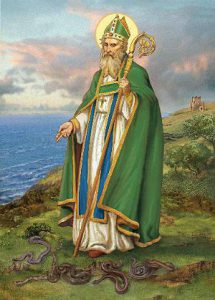 And the man behind the day?  St Patrick.  According to history he was captured as a slave by Irish pirates from his home in Britain.  He escaped 6 years later and returned home but travelled back to Ireland to serve as a bishop.  March the 17th is apparently his date of death although dates of St Patrick’s life are uncertain.  Legend has it that St. Patrick banished all the snakes from Ireland, however, there is no evidence that snakes have ever existed in the country as the climate cannot support them. 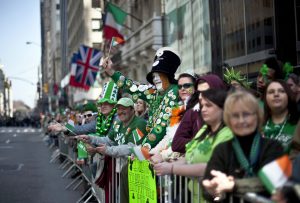 One of the most popular events of St Patrick’s Day are the parades.  The very first parade was held in New York and not Ireland in 1762.  Saint Patrick’s Day is celebrated in more countries than any other national festival, everywhere from Tokyo to Australia celebrate this fun-filled day.  There also are events throughout Kent and the big one is in London, typically the weekend closest St. Patrick’s Day, the parade starts at 12pm on the 19th of March starting in Piccadilly.  On the day itself (the 17th) a festival is being held in Trafalgar square with traditional Irish music and food.  Enjoy the day wherever you may be!